I am both sad and angry as I write this. It comes on the tail of the ‘failed’ military coup that took place Friday evening.

I don’t have much regard for politics and can’t say that I have enough knowledge about the parties and leaders to make any kind of informed decision about who should be in power, or not. I have my gut feelings about such matters and those, I’ll keep to myself, but on this matter I must speak out because it’s churning my insides.

What has absolutely disgusted me is the behaviour of civilian supporters against the military. I’ve seen enough photos of beaten and bloody young boys in camouflage to last me a lifetime – boys who were simply following orders have been publicly striped, whipped with belts, kicked, punched and humiliated on the streets and on the news for everyone to see. . .  including their mothers.

And the worst part? Let me sum it up for you in one famous quote:

‘There but for the grace of god go I’

Turkey is a country with conscription. Every man of Turkish nationality must do his army service, which means that a civilian man beating a soldier, has already walked that mile in his boots . . . or will at some point in the future.

Do you think a soldier in the Turkish army dare to disobey an order? Do you think those civilians would have when they were soldiers?  Of course not and yet now the boot is on the other foot, they have forgotten this simple fact? Absolutely despicable human beings.

I hope, on the day their sons leave for army service, these ignorant men remember their part in this. And I hope they spend the years living in fear of seeing the beaten bloody face of their son on the news.

In Politics, as in chess, pawns are nothing more than bodies to be sacrificed….

Now that summer is gone and winter is slowly settling in, I’ve replaced my swim with an extra power walk in the evenings.

Today I was late for it as we had decided on fish for dinner, so Mu toddled off to the the old Saturday Market where the fish sellers still trade. Mu has Leverek (Sea Bass) and I have Chupra (Sea Bream) – The man at the shop sends it along to the man with the grill a few doors along and it comes home cooked, in polystyrene boxes, with another box filled with chopped and dressed salad. Delicious.

By the time we had eaten and I’d let my dinner ‘go down,’ it was dark outside. Summer has taken off for a little holiday elsewhere and winter is settling in which means, tourists have left in their droves and the back roads I use are pretty dark and lifeless. Murat deems me mad and says it’s too late. I ignore him and lace up my trainers:

“If you’re that worried, come with me” I say, not believing for one minute that he will….Murat is the type that will drive around the block if there is not a space exactly outside the shop he wants to go into!

When he extracts his limbs from the sofa cushions, stands up and gets his jacket, I think he is joking. He’s not.

Wearing jeans, jumper and jacket, he then opens the front door and picks a pair of loafers from the shoe shop that is our doorstep. I half-heartedly mention that he should wear spor ayakkabi, but I know I’m wasting my breath.

Even before we are out of our gate he is telling me to slow down. “But that’s the whole point.” I tell him.

We set off. Him with a fag in his mouth.

When we get to the bottom of the first road, he goes to turn right. This would simply take us around the block. I make him go left. He is horrified.

My walk consists of an uphill start, twenty minutes on the flat and an uphill home run. This Murat says is the wrong way to do it.  In his expert opinion, I should walk around the block ten or so times which would take the same amount of time and if I got tired, I could just go home. Well, there’s logical!

It’s an entertaining twenty minutes. He does army walking for a bit, but soon gets bored of that, then he asks if we can call a taxi. Other than that, he just keeps calling me crazy.

My next walk will be around 8:30am tomorrow morning and while I will enjoy the weak sun on my face and the fresh air, I think I may miss laughing so much!

For those of you that don’t know, we have just celebrated Kurban Bayram here in Turkey – The sacrifice. This is a religious holiday and it’s in commemoration of the sacrifice that Abraham intended to make of his son, to show his devotion to Allah.

On my very first Kurban Bayram with the family, they had bought a cow between them. I dedicated a whole chapter about this in my book and there you can read about it in graphic detail, if you wish. Click here. Each and every year since then, we have had a goat or sheep. On the year we had two rams, I named them Ronnie & Reggie……

This year we had a bull between five members of the family and instead of the sacrifice being done by one of the big uncles, there is a butcher coming to the village to perform the task.

The day begins with breakfast at my mother in law’s – I’ve not seen her since she got back from her little jaunt in Urfa, where she went to make winter salca and so, along with a traditional Bayram greeting, I also give her a hug. Melisa has already flung herself at me and is busy turning my face towards her with her pudgy little hand and telling me “cucu” – which means all manner of different things, dependent on what she wants!

Before Dursin went to Urfa, I had bought her some hair dye. This may sound strange as she spends her life under a headscarf, but every now and then she likes to colour her hair. I remember her telling me that she loved the patlican colour I’d bought her in the past and so I went searching high and low for a box that said ‘patlican,’ eventually finding one in the new Kipa. Now I can see very bright wisps straying onto her forehead, very very very very very light patlican, so light in fact that we could probably call it lilac.  Oooops.

“Kym my hair is completely white now and this is what happened when I put it on” Dursun explains.

My mother in law, the punk rocker 🙂

I promise to get her something to darken it.

The bull is at the back of the village, where Yilmaz Amca has spent the last few weeks, as he bought himself a drove of bullocks and has been selling them from his makeshift tents. These animals have been purchased and left in his care until today and this is where the butcher is heading. This is also where we are heading as we will be spending the day at Safiyes house, as her’s is the house closest to the tents.

The whole family show up and so begins a day of sitting outside catching up, drinking tea and waiting. There are knives everywhere, just waiting to be used in the dividing up of meat. I’ve handed out para to the kids and slipped some into Safiyes hand too, as I know Hydar is not working. I’ve been chatting to Safieyes daughter Berfin (her name is Kurdish and means Snow) who tells me her dad has agreed she can go to college because she wants to be an air hostess. At this I am completely overjoyed. Grinning from ear to ear in fact. She is the first youngun to say she wants to be something other than married!

Ayfer is heavily pregnant and I can see by her face that she is getting painful twinges. She tells me she will have her cesarean on Wednesday as that is when the anesthesiologist will be back from his Bayram holiday! I have a feeling the baby may not wait untll then.

Eventually there is a stir – an excitement in the air…it seems it’s the turn of our bull to meet his maker. Once this is done, everyone arms themselves. The skin is removed in one piece and this, along with all the others from the day, are donated to charity. The men set about dividing the carcass and each chunk is passed over to the women who wash and chop. It’s just a big family gathering. Everyone has a job to do and everyone is playing their part. I could pick up one of the knives if I wanted and pitch in, but I don’t. I do what I always do and play with the kids! Today, after taking millions of selfies….I am teaching them how to play five stones….. I love the way they are fascinated with the simplest of things.

When all has been divided between the large bowls and parcels for the poor, and everything has been washed and put away, large pans of Sac Kavruma are prepared and cooked by the men, alongside pans of plain beef and liver and we all sit down and tuck in.

NB: As a writer, my photo’s and stories are not intended to offend anyone, purely to document and show what daily life is like here in Turkey and what it is like to be part of my Kurdish family.

Here are a few more photos from the day…… 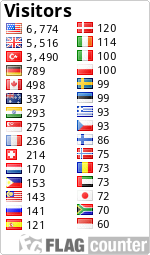